Since 1997 Arctic Trucks has re-engineered and rebuilt vehicles for over 30 large expeditions.  Arctic Trucks has also planned and provided expedition teams of experts to carry out most of these expeditions.
Arctic Trucks is a logistics service provider that has been operating continually in Antarctica since 2008. The Arctic Trucks vehicles have already made big impact on transportation’s on the continent with up to 10 times fuel savings on traditional belt vehicles.  This has pioneered faster and more efficient ways to travel on the Antarctica Plateau, giving every explorer access to this wonderful and thrilling continent.

You will fly from Punta Arenas, Chile, and land on a runway made of solid ice. After a short rest at Union Glacier, Antarctica, a ski airplane will take the adventurers to the Amundsen coast, refueling at Thiels Corner, where the Arctic Trucks driving team will be waiting at base camp—the starting point of the expedition.

Expeditions are of great importance to Arctic Trucks, enabling us to increase our level of knowledge and the overall quality of our modification work.

DID YOU KNOW THIS ABOUT ANTARCTICA?

“I may say that this is the greatest factor – the way in which the expedition is equipped – the way in which every difficulty is foreseen, and precautions taken for meeting or avoiding it. Victory awaits him who has everything in order – luck, people call it. Defeat is certain for him who has neglected to take the necessary precautions in time; this is called bad luck.”
-from The South Pole, by Roald Amundsen. 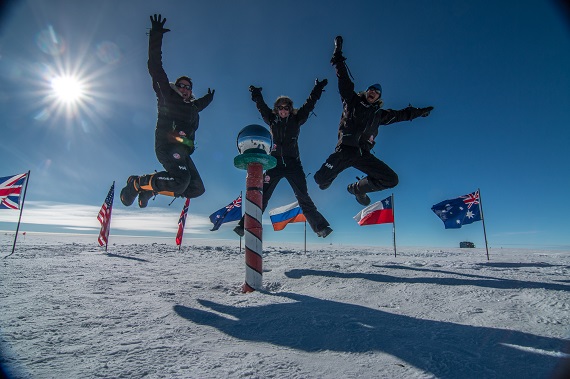 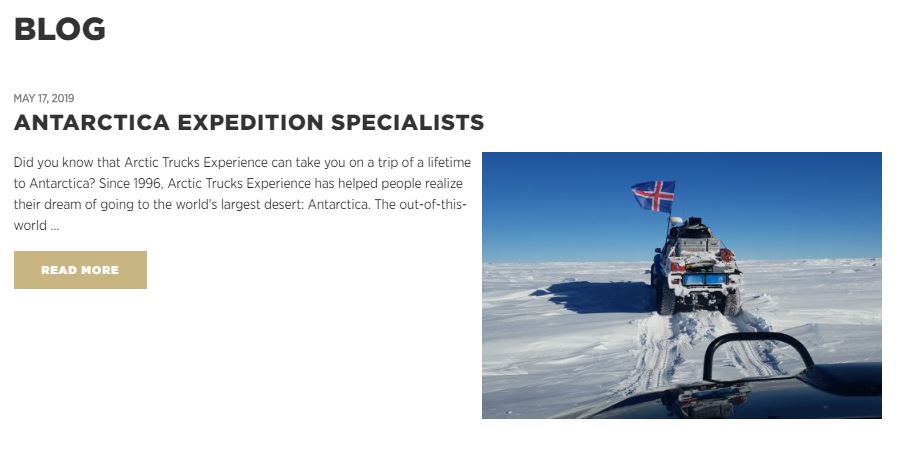